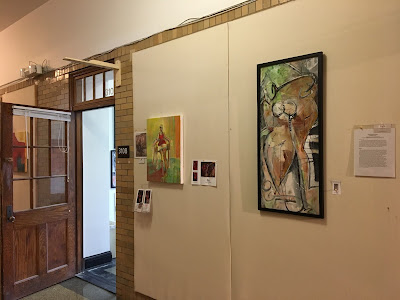 Do Elves lose their magic if a child touches them?

Recently, there was a crisis on the third floor. A treasured glass case had broken that contained a magical Elf. The two children serving as the Elf’s caretakers were absolutely heartbroken and their mother was beside herself as she looked for someone to help her clean up the mess, while trying to console the children.

Tapped for help, three of us Artists-in-Residence at Maryland Hall for the Creative Arts (Annapolis) sprang into action: one ran to inform the custodial staff, another ran to get a broom and dust pan, and I focused on comforting the children. Somehow, all three of us played a key role in “saving Christmas” for one family. At least, we hope we did our part in keeping the magic alive and well this Christmas!

The small boy who might have been the last to touch the Elf was rambling on and on. Looking me in the eyes, he confessed that he had dropped their Elf when putting the Elf’s glass case back in their backpack. As he told his sad tale, I praised him for his honesty and thanked him for telling us how things had unfolded. I assured him and his sister that everyone breaks things. It was a fact of life and accidents just happen..., and I told him should not feel as upset because Elf was intact. Meanwhile, we grownups were taking care of things like the cleanup as best as possible.

The whole time he spoke, I was aware of the other child, the boy's older sister. The little girl, preparing for dance class and dressed in a light pink tutu, was sobbing her little heart out. It brought tears to my eyes… I realized I was now sitting on the floor in front of them. As I sat  and talked with the two children, I assured them that their Elf was still magical. "Elves do not lose their magic," I assured them. In fact, I wondered aloud to them: “Perhaps your Elf was actually behind or involved in the 'broken case story' because he maybe wanted a change of scenery... Maybe he had grown tired of his glass case…?" Could they begin to consider a new home for him, I asked them?

The children began to calm down as I continued to talk about possibilities. Wiping tears away as their eyes began to sparkle with hope, they listened intently…wanting to believe. I reassured them that especially at this time of year an Elf's magic is stronger than at any other time of year! Not only that, but other Elves work behind the scenes to make sure each and every Elf is OK and able to make their Elfin magic during the special holiday season of lights, miracles, and magic.

As the children and their Mom left the Hall, comforted and looking forward to Christmas. I told them they should be on the lookout for a new perfect home for Elf (I never learned his name) and they should work together with their Elf to make sure a perfect home was chosen. 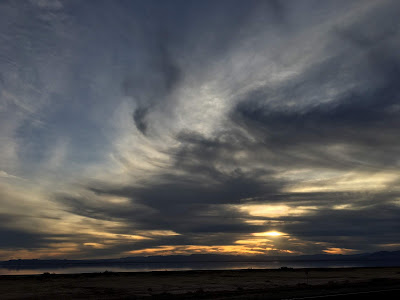 Especially at this time of year, no one should feel heartbroken or alone. Everyone needs to believe in magic! I know I do. Magic and hope are entwined – each, a gift! Holding onto both, regardless of our age is our charge.

Happy Holidays and Merry Christmas! May your own season be magical in ways most special to you.

Come visit me sometime in Studio 310B, Maryland Hall for the Creative Arts (801 Chase St., Annapolis) and discover the magic in Art! 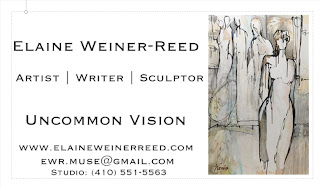